Learning Space for 11 to 14 year olds

Learning Space for 10 to 15 year olds 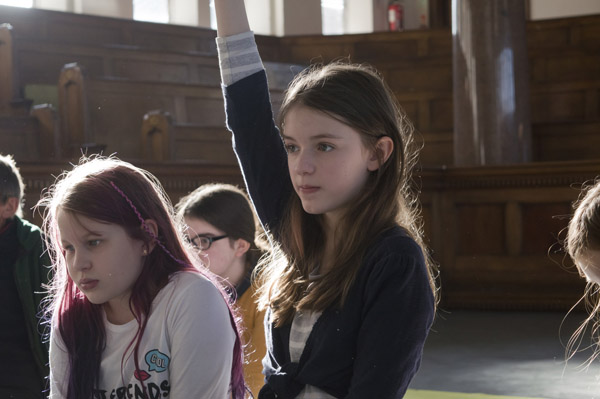 Welcome to our classes for older children 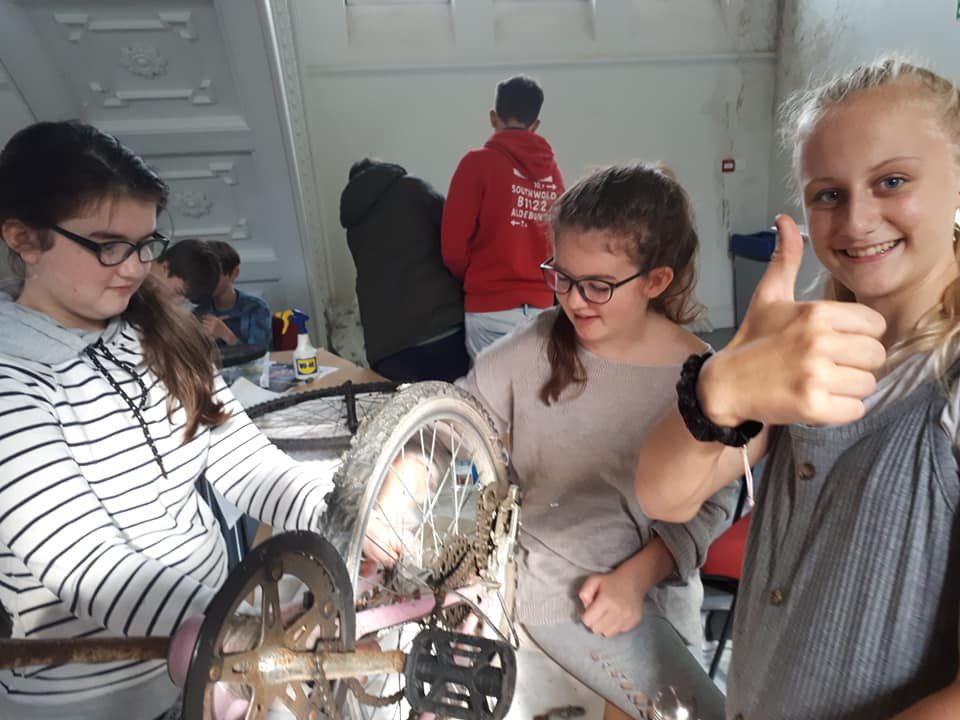 We take a Socratic approach which is led by the students’ curiosity and questioning. Students choose what they want to study individually or as a group. Together we decide our topic at the democratic meeting, ensuring everyone’s voice is heard. Research homework and written assignments are optional.

We weave yoga and meditation practices into our daily programme to enhance children’s capacity for learning, self-regulation, and reflection. Children tell us they feel calmer, more focused and ready to learn. 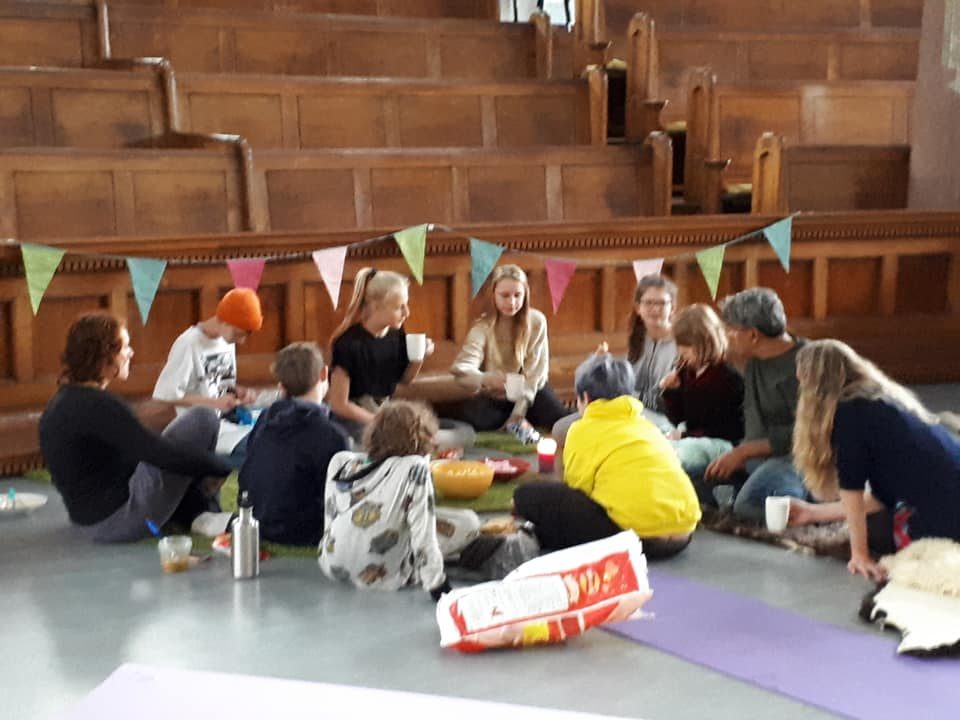 We present the children with a uniquely creative approach to learning, which offers guidance while supporting and developing student autonomy. The topics interconnect science, humanities, and arts through the natural world in a fun, experiential, and imaginative way.

In literature we study novels, poems, or plays chosen by the students which may connect to the topic. However, not all subjects fit easily into this approach. Languages need to be taught separately as do maths. Creative writing is free for the children to explore whatever they want. 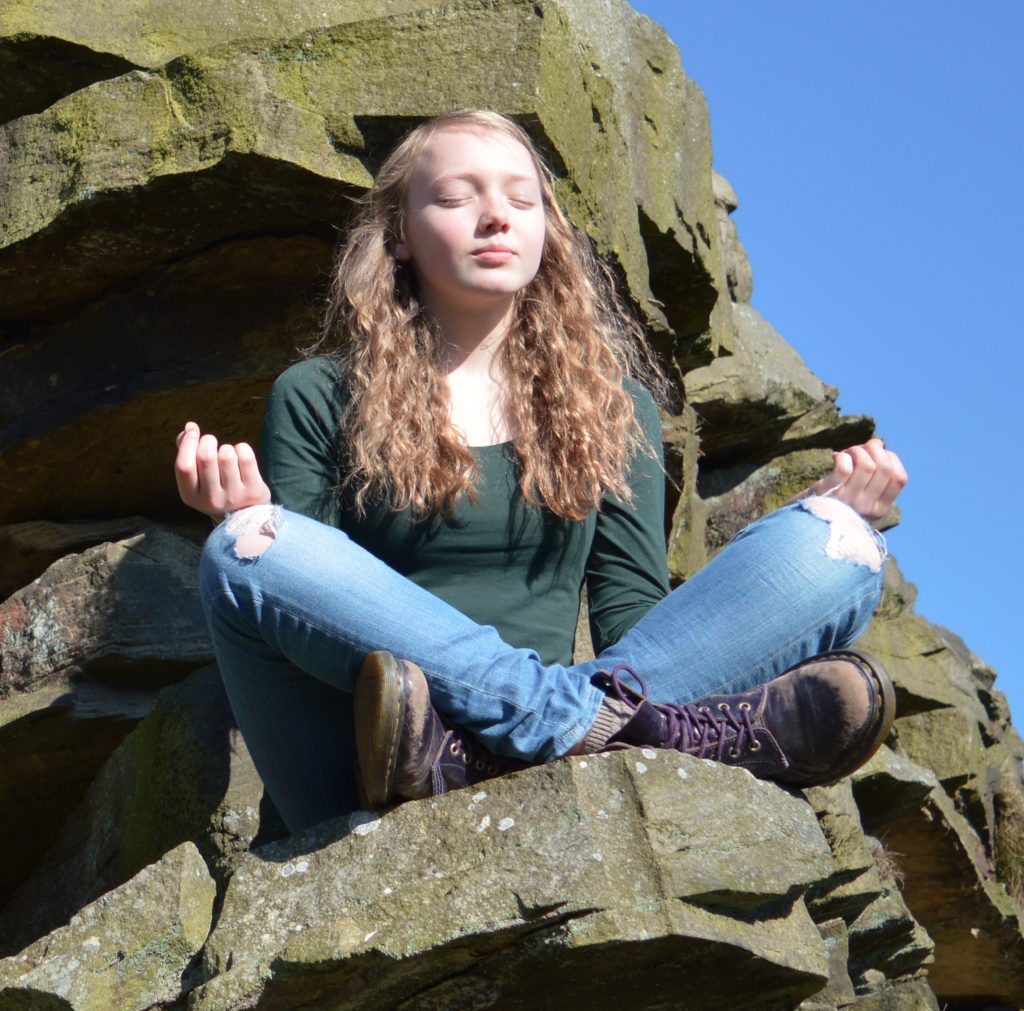 We have a termly topic that is chosen by the students and the teachers in our democratic meeting. It interconnects science, humanities, and arts to offer an integrated holistic approach to study that treats the world as one interconnected whole. It allows students to think freely, make creative connections with their learning, and see the big picture. 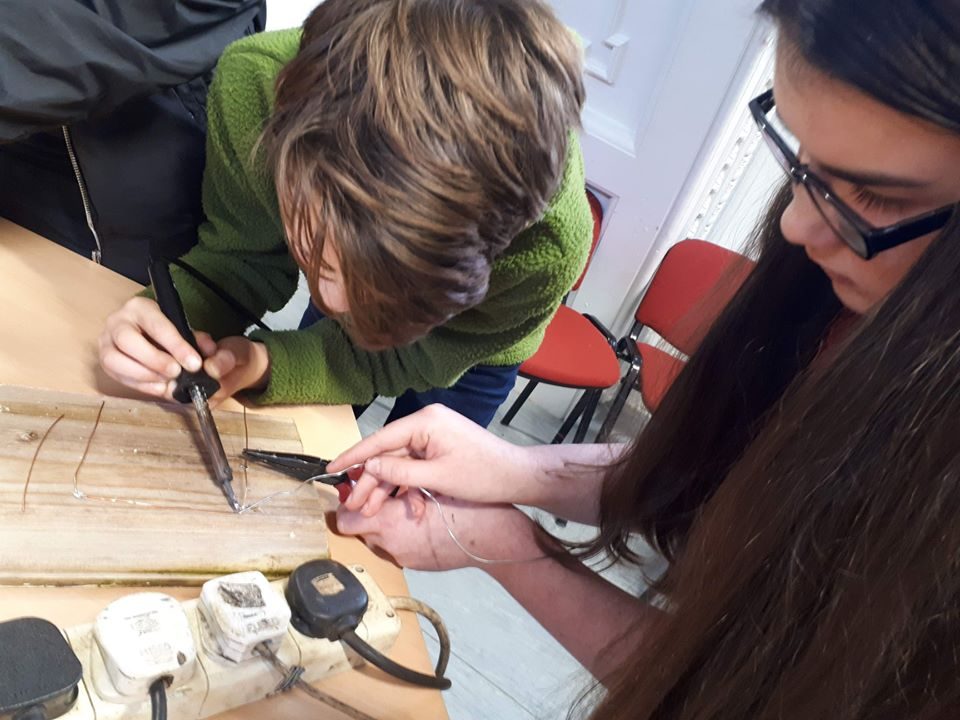 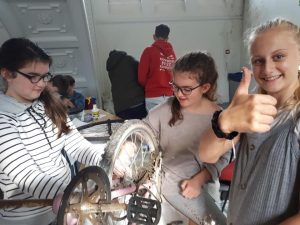 One of the topics chosen by our students
See our topic

Our democratic meetings give children a platform to input into the co-operative running of the group. Through these meetings, they learn to listen to others, form their own opinions, understand others’ points of view, and make decisions.

Every Wednesday the children have a self-directed learning session where they decide what they want to learn as a group or individually. It allows them to follow their passions or do something that is stirring their curiosity on a particular day. They plan, document, and reflect on what they do with their independent learning.

Our students split into 2 groups; 10-12yrs and 12-15yrs for some classes while for other classes they’re all together. 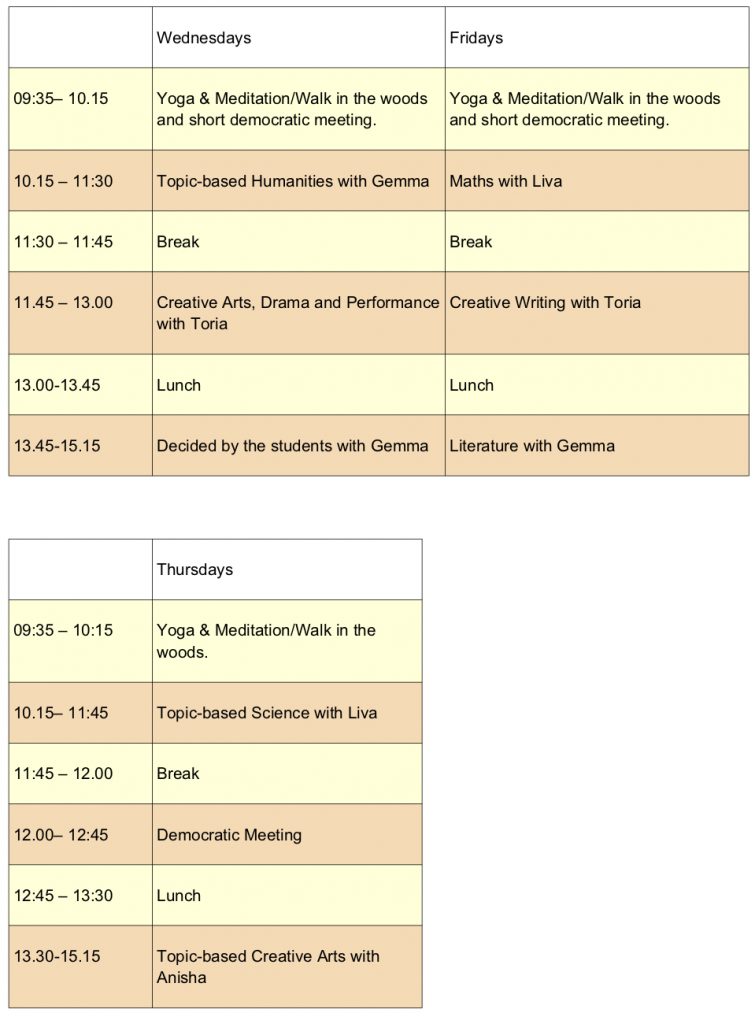 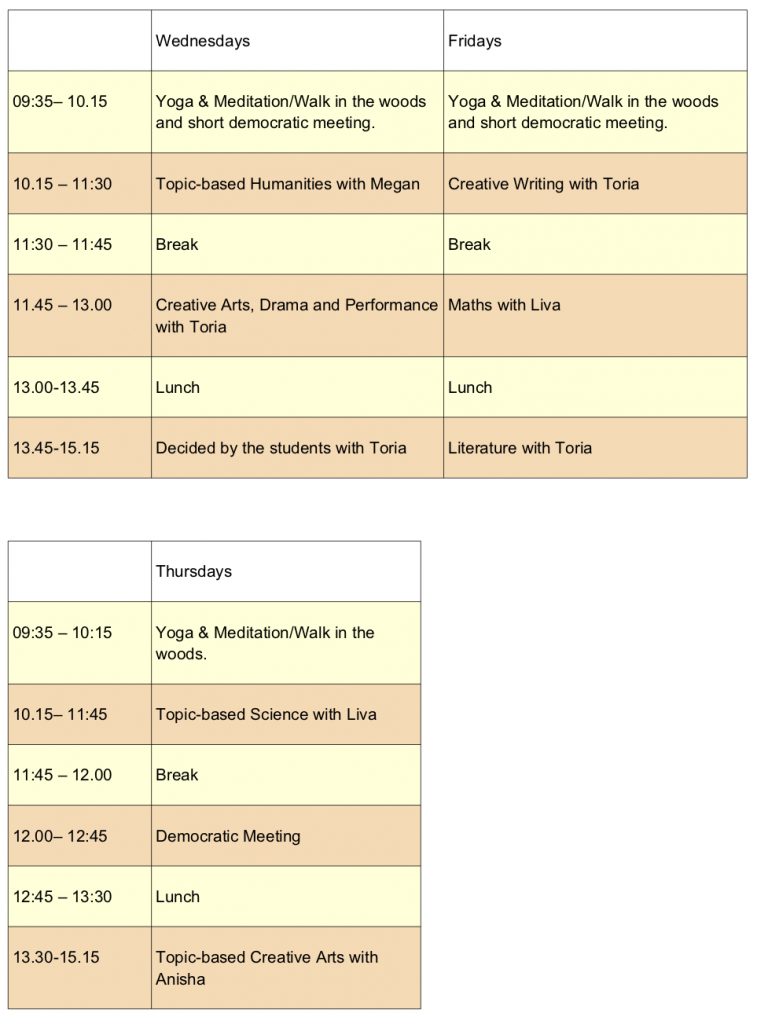 An ordinary day in an extraordinary community Tom (12) gets the train into Hebden Bridge with his friend Ellie (13) and together they walk up the hill to the Birchcliffe Centre. Read more...

The day often starts with yoga, however this term as part of the Body topic they have each developed their own exercise routines. Ellie follows hers and is enjoying it, but Tom is getting bored of his workout and so joins in with what the teacher is doing. The class ends with a game of ‘yoga mat’ ball which is a game that the children have invented, similar to netball.

There is a short meditation which Ellie really gets into today, whilst Tom is a bit fidgety. Afterwards its checking-in time and Tom shares that he’s feeling tired today and finding it difficult to concentrate. Ellie shares that she’s excited about her birthday coming up in 5 day’s-time and her martial arts exam was a great success.

At 10:30 it’s time for Science with Liva and Dale which today is looking at how cogs work together to spin a windmill round to create energy. Dale has brought a small motor and explains the principles upon which it works. The children then create their own mills and we take them down to the river to see if we can generate enough energy to light up a small bulb.

At 11.45 there is a break and the children have a snack and catch up with each other’s news and just hang out.

At 12pm it’s time for the democratic meeting. The whole community comes together for the first part of the meeting and then later splits off into different groups. The meeting is chaired by one of the children. For many of the children, the meeting is at the heart of their school experience and is the element that they most value. Everyone is free to add to the agenda before the meeting and then the chair goes through each item, listening to different opinions. The chair begins by ringing the bell and inviting everyone to be with themselves.

Items are discussed, options proposed and then decisions are made by voting. Today we are discussing the topic for next terms. Ideas include Medicine, Engineering, and Astronomy. One of the children feels that they need more input from the educators to help them make an informed decision and so the educators agree to write a paragraph for each topic to help stimulate ideas for next week.

Then we have lunch. Ellie has brought something to warm up from home while Tom has a sandwich with an apple. Sugary food has been discouraged by the democratic meeting since we looked at sugar as a topic. The children listen to music upstairs in the mezzanine with the others. After a while Tom comes down to play dodgeball in the hall.

After lunch, they have creative writing followed by humanities. After hearing the meditation bell chime three times, the children imagine what they wish to write about. Tom really gets into this. He loves being left alone to do what he wants and he does not have to hand the work in if he does not want to. He can explore his imagination and feelings without having to justify anything. Ellie is carrying on from a story she started a few weeks back. She might hand it in to the teacher to give her some feedback when the story is finished, but then again she might not. 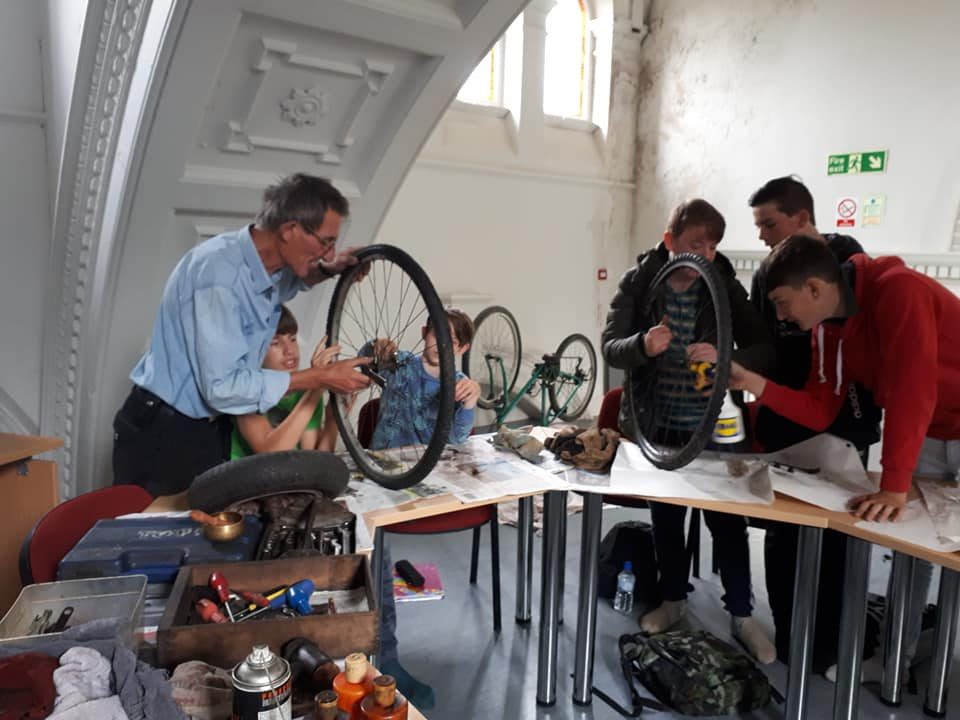 We are an Ofsted registered childcare provider.