How did we get here? A summary of our second half term.. 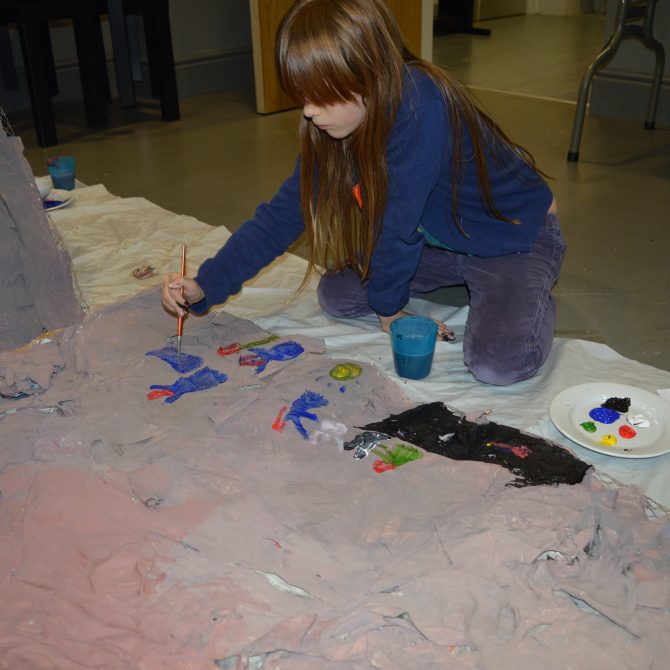 In this topic, we explored our origins in the universe and as a species.  In Humanities, we studied the origin stories from Australian Aboriginal to Chinese to Indian to Indigenous Americans to Greek and the Book of Genesis. We looked at what these different stories did and did not have in common. We even wrote our own creation story and acted them out. Our art lessons helped us to bring these creation stories to life. We first made papier-mâché caves on chicken wire, and then painted the origin stories that we wrote in Humanities, with the intention to communicate the stories to our ‘tribe’ using images and symbols but not words. We also learned about the origins of art, using some of the materials that would have been used in the first cave paintings such as charcoal, natural pigments, and vegetable dyes!

In Science, we learned about the universe, from its dramatic beginnings in the Big Bang, to the birth of the stars and our solar system.  We explored the planets and constellations, learned about the difference between gravity and mass and the effect of differing gravitational fields on different planets.  We found out how the rotation of the Earth around the Sun creates seasons and the moon’s phases, and then honed in on our planet Earth to learn the structure with its differing layers, and to take a journey with rocks through the rock cycle. Finally, we explored the wealth of materials that come from the Earth and that are useful to us.  Our first school play was a chance for us to build creativity, communication and team working skills, and the proceeds from the tickets sold went to a charitable cause. Our adaptation of How the Grinch Stole Christmas was written, directed and produced by yours truly, the students of Hebden Bridge school.