Giant step forward for new one day school in Manchester… 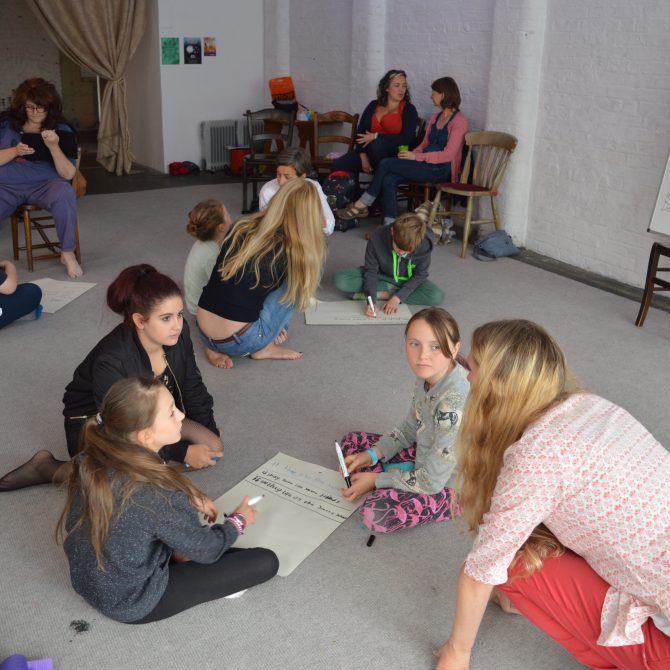 Our new one day a week school in Manchester took a huge step forward yesterday after our first taster at the Wonder Inn. Nine children attended with their parents and sampled our unique way of learning under the theme of Friendship. The morning began with Yoga and Meditation which gave the children a chance to tune their minds and bodies to learning.

It was a novelty for some and familiar to others but the children did their best with our flexible approach. The practice finished with a moment for them to express how they were feeling. The parents got involved too to help the children find their voice. We then embraced the main theme of the day through brainstorming questions to find out more about each other opening the doors to friendship. This broke the ice as intended and then children split up into groups to explore how friendship is made and report back to the rest of the group through acting out their “ways”. We then took this idea into nature and science through looking at “friendship” through mutualism. We looked at rhinos and oxpeckers, sloths and algae, as well as pollintation.

Examples of different species collaborating with each other excited the imagination and they were invited to use what they had learned to create an imaginary mutualistic relationship using clay.  The children came up with some wonderful creations. One boy made a legless rat who uses his tail to create mud legs. These legs are then inhabited by ants who in return for being given a home transport the rat to where it needs to go.

The day finished with  a lovely vegan lunch provided by the Wonder Inn and a  feedback meeting  with the parents. Reactions were extremely  positive and parents gave us pointers on how to move forward with the project in Manchester. We agreed that Tuesday would be the best day for the school and the next taster will be announced shortly. To register interest see below: